Franklin Station is a group of musical friends that has spent most of their life picking and singing. Although they have played in different configurations over the years they were not all together as a bluegrass band. With this band there is a strong background of bluegrass and true country music with just a touch of southern rock flavor mixed in. Their shows will surely have a great bluegrass style mix for every bluegrass and music fan.

Kevin Baucom - Mandolin. A Monroe, NC native started playing music at a young age, and has played in a band since the late 70's. Some bands he has played for are Kim Fox Band, Tim Graves and Johnny and Jeanette Williams, among others. He and his wife formed Band Wagon about 7 years ago.

Sandra Baucom - Banjo, from Danville, started playing music at a young age. She joined her Dad's band at age 12. Her and her husband played with Johnny and Jeanette Williams, and formed their band Band Wagon several years ago.

Jimmy Haley - Guitar, is no stranger in the bluegrass scene. He is one of the founding members of Doyle Lawson and Quick Silver. He has many years of musical experience and performing. He is a professional that is highly respected and emulated in Bluegrass music.

Barry Collins - Bass, a Floyd Va native, is well known for his many years of performing. Played with many bands, he is known for playing with Upland and Express. Barry is usually known for playing Banjo, but will be playing bass with Bandwagon for Bluegrass by the river.

Jeanette Williams Band - I Will Survive 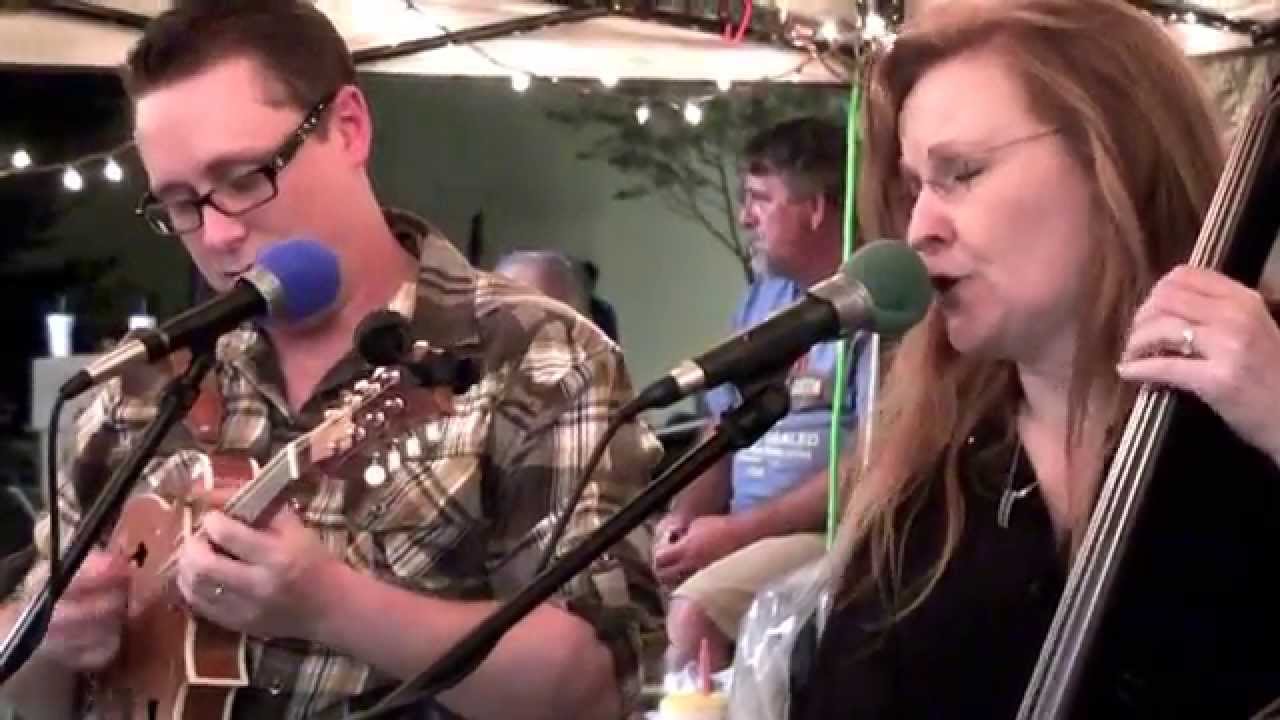 Ernie Power is from Rocky Mount and he contributes stunning Dobro licks to any group he is performing with. Absolutely one of the best to ever slide a bar over the strings.
Jay Shelton is from Danville has been fronting bluegrass bands since he was 17 years old and had to be snuck in the back room. Now of age, his voice and rhythm are unmissable.
Stewart Werner brings a dose of high energy banjo picking to the stage. Stewart is also the banjo man for the popular Harwell Grice Band.
Glenn Scaggs is from Staunton and plays bass. He is a singer, musician and songwriter that has played bluegrass with many great musicians and performs with his heart and soul.
Jackie Cooper is a native Franklin County musician. Jackie was the mandolin player with Mark Templeton & Pocket Change and has shared the stage with Jr Sisk and Rambler Choice. Jackie brings impeccable mandolin musicianship as well as vocal versatility to the stage.
standing left to right
Ernie Power - Dobro
Jay Shelton – Guitar & Lead Vocals
Stewart Werner – Banjo & Vocals
Glenn Scaggs – Bass & Vocals
Jackie Coper – Mandolin & Vocals

Don't forget to purchase tickets to this year's festival at bluegrassbytheriver.com ! 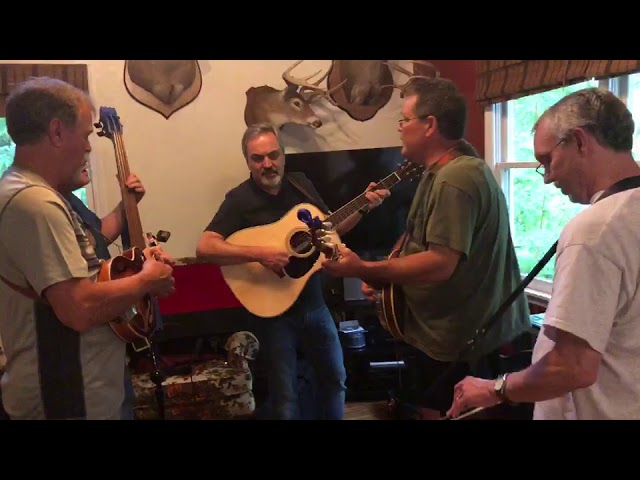 About Bluegrass by the River

The Second Annual Bluegrass by the River Festival will take place on Saturday, September 21, 2019 at the new outdoor amphitheater at 2 Witches Winery & Brewing Company at 209 Trade St in Danville, VA - the birthplace of bluegrass legend Tony Rice.

Proceeds will go to our Sheriff's Office's local chapter of Project Lifesaver, a non-profit organization that provides wristbands to quickly locate individuals with cognitive disorders who are prone to the life threatening behavior of wandering.

This event SOLD OUT last year so get your tickets now.

Copyright ©2020 Bluegrass by the River. All Rights Reserved.
Designed by FoxPro Sites